THE evening before he killed himself, Virgilio Serrano gave a dinner party. He invited five guests—friends and classmates in university— myself included. Since we lived on campus in barracks built by the U.S. Army, he sent his Packard to fetch us.

Virgilio lived alone in a pre-war chalet that belonged to his family. Four servants and a driver waited on him hand and foot. The chalet, partly damaged, was one of the few buildings in Ermita that survived the bombardment and street fighting to liberate Manila. END_OF_DOCUMENT_TOKEN_TO_BE_REPLACED

One day a woman went out to find water. She had no water to drink, because all the streams were dried up. As she went along, she saw some water in a leaf. She drank it, and washed her body. As soon as she had drunk the water, her head began to hurt. Then she went home, spread out a mat, lay down on it, and went to sleep. She slept for nine days. When she woke up, she took a comb and combed her hair. As she combed it, a squirrel-baby came out from her hair. After the baby had been in the house one week, it began to grow and jump about. It staid up under the roof of the house.

One day the Squirrel said to his mother, “O mother! I want you to go to the house of the Datu who is called ‘sultan,’ and take these nine kamagi and these nine finger-rings to pay for the sultan’s daughter, because I want to marry her.” END_OF_DOCUMENT_TOKEN_TO_BE_REPLACED

There came a day when the kingfisher (kobug [124]) had nothing to drink, and was thirsty for water. Then she walked along the bed of the brook, searching for a drink; but the waters of the brook were all dried up.

Now, on that very day, the Maganud went up the mountain to get some agsam [125] to make leglets for himself. And when he came near to where the bulla grows, he stopped to urinate, and the urine sprinkled one of the great bulla-leaves. Then he went on up the mountain. Just then, the kingfisher came along, still looking for a mountain-stream. Quickly she caught sight of the leaf of the bulla-tree all sprinkled with water; but the man had gone away. Then the kingfisher gladly drank a few drops of the water, and washed her feathers. But no sooner had she quenched her thirst, and taken a bath, than her head began to pain her. Then she went home to her little house in the ground. END_OF_DOCUMENT_TOKEN_TO_BE_REPLACED

The guavas were ripe, and Juan’s father sent him to gather enough for the family and for the neighbors who came to visit them. Juan went to the guava bushes and ate all that he could hold. Then he began to look around for mischief. 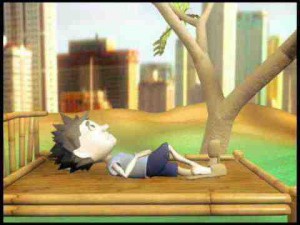 He soon found a wasp nest and managed to get it into a tight basket. He gave it to his father as soon as he reached home, and then closed the door and fastened it. END_OF_DOCUMENT_TOKEN_TO_BE_REPLACED

Once upon a time there lived in a certain pueblo a rich man who had a dog and a cat. His only daughter, of whom he was very fond, was studying in a convent in a city several miles distant and it was his custom, about once a week, to send the dog and cat to take her a little present. The dog was so old that he had lost all his teeth, and so was unable to fight, but the cat was strong and very cunning, and so one could help the other, since the dog knew better how to find the way. 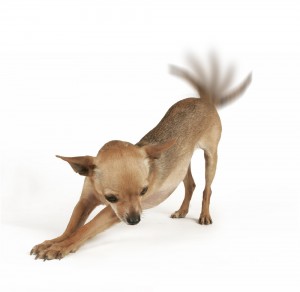 One day the rich man wished to send a magic ring to his daughter, so he called the dog and the cat to him. To the cat he said: “You are very cunning and prudent. You may carry this magic ring to my daughter, but be sure to take very great care of it.” To the dog he said: “You are to go with the cat to take a magic ring to my daughter. Take care not to lose the way, and see that no one molests the cat.” Both animals promised to do their best and set out immediately. END_OF_DOCUMENT_TOKEN_TO_BE_REPLACED

The liver of the crow is “medicine” for many pains and for sickness. On this account the Bagobo kills the crow so that he may get his liver for “medicine.” The liver is good to eat, either cooked or raw. If you see a crow dead, you can get its liver and eat some of it, and it will be “medicine” for your body.

The crow never makes its nest in low-growing trees, but only in tall, big trees. Far from here, the old men say, in the land where the sun rises, there are no more living trees; for the scorching heat of the sun has killed them.all, and dried up the leaves. There they stand, with naked branches, all bare of leaves. END_OF_DOCUMENT_TOKEN_TO_BE_REPLACED

Narrated by Felix Y. Velasco, who heard the story from his grandmother, a native of Laoag, Ilocos Norte.

Once upon a time there lived in a small village on the border of a powerful kingdom a poor farmer, who had a son. This son was called a fool by many; but a palmer predicted that Cochinango would some day dine with the king, kiss the princess, marry her, and finally would himself be king.

Cochinango wondered how he could ever marry the princess and himself be king, for he was very poor. One day he heard that the king had summoned all those who would like to attempt to answer the questions of the princess. It was announced that the person who could answer them all without fall should marry her. Cochinango thought that the time had now come for him to try his fortune, so he mounted his ass and rode towards the king’s palace. END_OF_DOCUMENT_TOKEN_TO_BE_REPLACED

Alelu’k and Alebu’tud lived together in their own house. They had no neighbors. One day Alelu’k said to his wife, “I must go and hunt some pigs.”

Then he started out to hunt, taking with him his three dogs. He did not find any wild pigs; but before long he sighted a big deer with many-branched antlers. The dogs gave chase and seized the deer, and held it until the man came up and killed it with the sharp iron spike that tipped his long staff. Then the man tied to the deer’s antlers a strong piece of rattan, and dragged it home.

When he reached his house, his wife met him joyfully; and they were both very happy, because they had now plenty of meat. They brought wood and kindled a fire, and fixed over the fire a frame of wood tied to upright posts stuck into the ground. On the frame they laid the body of the deer to singe off the hair over the flames. And when the hair was all burned off, and the skin clean, Alelu’k began to cut off pieces of venison, and Alebu’tud got ready the big clay pot, and poured into it water to boil the meat.

But there was only a little water in the house, so Alubu’tud took her bucket, and hurried down to the river. When she reached there, she stood with her bare feet in the stream, and dipped the bucket into the stream, and took it out full of water. But, just as she turned to climb up the river-bank, an enormous fish jumped out of the river, seized her, dragged her down, and devoured her.

At home, Alelu’k was watching for his wife to come back bringing the water. Day after day he waited for her, and all day long he was crying from sorrow.
The man (Alelu’k) symbolizes a big black ant that makes its nest in a hollow tree. The woman (Alebu’tud) is a little worm that lives in the palma brava tree. The fish is another man who carried off Alelu’k’s wife.

The long handle or rod of a spear, tipped with a sharp-pointed iron cone; equally useful for killing animals, and, driven into the ground, for supporting the spear when at rest. The same name (tidalan) is applied to the shaft of a spear lacking the blade, and carried by old people like a mountain-staff.

A vessel formed of a single internode of bamboo, in which water is brought from the river, and kept in the house.